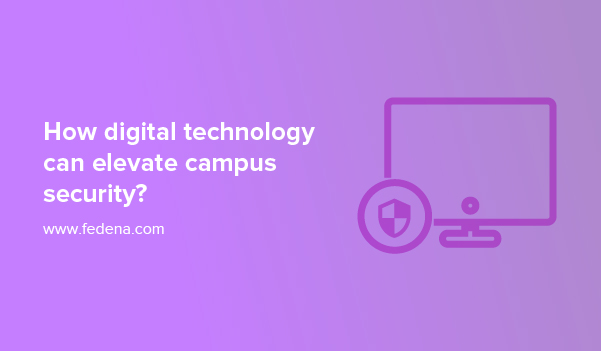 These days, schools and colleges are using the latest digital technology. This is being done to make sure that they are able to keep the campuses safe. One of the first names that one needs to take in this particular regard is that of the seamless alert systems. There could be so many different kinds of threat at a campus. It could be a fire that got lit by accident at the chemistry building. It could also be a criminal or terrorist at the campus premises. No matter what it is, it is imperative that the students stay safe. The same goes for the stuff and the faculty members as well.

With such a system the educational institutes can send alerts quickly. This comes in handy if there is any such threat in the campus. There are many ways in which educational institutions can use emergency communication systems. In some campuses, the authorities use visual alerts. In these cases, they use digital signs that they have placed all around the campus premises. There are some educational institutions where the authorities have used beacon technology. They have placed the beacons at strategic locations around the campus. These send push notifications to all mobile phones. This is how the users can be alerted of any danger that has been reported on the campus.

Let’s have a look at some robust technologies which helps in enhancing the school security:

In the campus, there are always officials who are entrusted with the job of keeping the campus safe. It is very important that they have a hawk eye of sorts on every little thing that is happening on the campus. This is where the IP (internet protocol) network cameras can come in so handy. This is especially when compared to the likes of CCTV (closed circuit television cameras) that run on analog technology. As opposed to the latter the former is controlled by way of a remote network.

This is why they do not need any separate device for the purposes of recording as such. The security cameras, in this case, are controlled by using a LAN (local area network). Through such technology, the campus police officers are able to watch all the live feed in a much shorter span of time. This is also applicable for reviewing all the videos that they are getting. In some cases, educational institutions have established partnerships with leading tech companies. This is to create networks comprising security cameras. They are also connecting them to the network of the campus.

In some cases, they have set up centralized command centers from where they are able to see the feed from any camera that they choose to. This means that they enjoy a greater degree of flexibility when it comes to monitoring the campus happenings.

There is nothing to deny the fact that alert systems play an important role now as far as communication is concerned. Yet, they do come with their flaws as well and one such flaw is that they can at times be one-sided.

Students too should have the power to report anything suspicious that they see on campus or an emergency as well. They should be able to do it in an efficient manner as well. In some cases, educational institutions are using mobile apps that let students get in touch with campus police in case the need to do so arises. This has helped them in situations where the campus has been struck by natural disasters such as hurricanes. In such situations, the staff and students have several communication channels to choose from. Thus they can easily get in touch with the people in charge of security.

Campus officials should be able to use data that is more streamlined and deeper in quality. Then they would be able to stop any criminal behavior or untoward incident from happening on the campus. They can also use the likes of automated databases to make communication simpler than before. This is especially as far as the campus security officials are concerned. These systems normally use specialized algorithms to track down criminal patterns. This is done so that they can identify certain trends. This, in turn, helps them identify if there would be any future criminal activity on the campus premises or not.

In fact, it has been seen that many educational institutions work together with local police to collect and then coordinate information from various sources. This helps them determine the areas where more officers have to be assigned – ones that have to be prioritized, so to say. Advanced machine learning allows these officers to analyze all the crime related data at their disposal. This is how they are able to recommend the hours where the focus needs to be on certain parts of the campus. This is how they are able to predict the chances of something bad happening.

Apart from predicting such activity, such data-based patrolling also helps the officers identify ones who have the potential to be repeat offenders and then engage with them in a proactive manner. They can also this way track down people who may retaliate against them for foiling their criminal activities. The campus and local police can always come together and work with the likes of administrators, housing officers, and academic advisors to get information regarding the past incident history of a particular individual. They can also look up her or his connections as well as previous arrest record.

Should they see any cause for concern, these officers can take preemptive action and get in touch with them. In these conversations, they can inform – and if the need is, warn – these individuals of the consequences of violent behavior and actions. Such emphasis on prevention can actually prove to be rather helpful in these cases. It can play a direct role in stopping any violent action. At the same time, students can also trust the campus police officers to keep them safe and integrate them better with their workplace.

When an educational institute has the right technology at a campus it becomes easier for all to stay safe a lot better.

When we say right we focus on qualities like shorter response time and better levels of coordination. These days, campuses are prone to criminal activities such as armed aggression, multi-victim crime, an active shooting. This calls for the campus and local law enforcement entities to be aligned in a better way and communicate a lot better as well. The same is also applicable for the emergency and fire response teams as well. Thankfully, these days, you have great solutions in this regard such as CAD (computer aided dispatch) software that works on a single source basis.

This way, the educational entities would be able to fine-tune their analytics as well as sharing their information. This, in turn, can help them do away with issues such as confusion and delays that can otherwise pose threats to the overall well being of individuals who may be on threat because of such issues. These systems usually employ high-class technology such as IoT (Internet of Things) and automated data collection.

Apart from this, educational institutions also need to safeguard their safety teams, do away with faulty alarm systems, and mobilize mitigation processes and systems for active shooters.