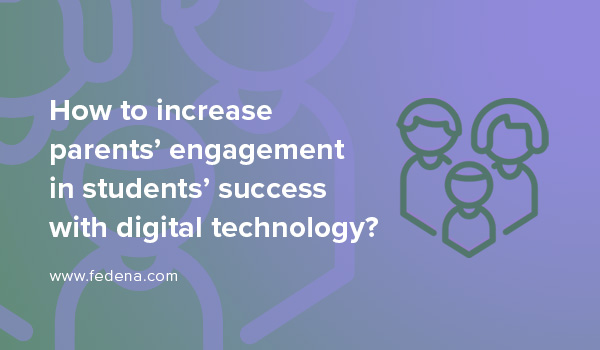 These days, there is a significant amount of pressure on schools. They now need to make sure that they are showing the effort to engage the parents. This is being done so that they can be invested to a greater extent to the success of their wards – the students. Schools are using various solutions for these purposes. Digital technology is one of the main tools in this regard. The end aim, in this case, is to make sure that the efforts of increasing parent engagement are effective. Digital portfolios are playing a major role in this particular regard.

They are helping the parents take an active part in the learning of their wards at the same time as it is happening. This is the reason why experts rate them so much in such regard.

What are digital portfolios doing?

Digital portfolios are pushing updates to the parents. They are not only providing them to the parents and then expecting them to check the same in due course of time. With the help of such technology, parents can now stay connected to all that is happening in the classrooms. They are also helping the parents start a conversation with the students. This is the most important contribution that they are making in this particular regard.

The basic aim of such technology is simple – to help the students get better than what they were earlier. Now at the dinner table, parents can talk straightaway to the children about a particular project that they saw in their portfolios. They do not have to pose simplistic questions like what is going on with their school and education in general.

Some good examples in this regard:-

There are plenty of good examples in this regard to show how successful such technology has been in the first place. In some schools, they are organizing interviews between parents and teachers after a gap of a couple of months.

After using the digital tools and technology that we are talking about here these interviews have become a lot more open. There is a great deal of relaxation as well. Both parents and teachers feel that these meetings have become a lot quicker and friendlier. Much of this is because of the usage of digital technology. They are more like friendly check-ins instead of being the formal events they were earlier. The parents are receiving regular information about the progress of their children.

This has meant that the shock factor is now a lot less. These meetings now serve as a continuation of discussions that are going on at all times. This also means that now these meetings take less time. The relationships between the parents and the teachers have improved a lot as well.

Digital tools such as portfolios have increased the engagement levels of the parents when it comes to their kids and that too in a remarkable way. The best thing about such technology is that you have various portfolios to choose from. Examples of such options are daily work portfolios and project work portfolios.

You can always choose one that suits your needs and requirements the best.

Normally at the elementary classes, it is expected that the teachers would inform the parents at least once a week on the progress of their ward. This is where such digital technology has been of such immense help. In some cases, schools are directly inviting parents to the portfolios of their children. The teachers are also coaching the parents on how they can provide their feedback in these cases through the various means that are available to them.

In fact, these days, schools are also using iPads and other such devices to provide parents a very clear idea of how well their child is doing in her or his class. It is common for parents to love the fact that they know where their child’s education is at in terms of performance and quality. This is why educational technology can help the parents so much as they are able to follow the progress of their children closely enough.

Quite often it is being seen that students themselves are coming forward and taking ownership of the process. They do so by sharing their work straightaway with their peers and parents.

The importance of having parents in the educational process

Teachers know that it is very important that parents are part of the educational process of their children. With the help of digital technology such as these portfolios, they are creating an environment that is conducive to letting such development happen. They too can now be a part of the classroom as well and watch what the kids are doing.

This way, they also have a clear idea of how the kids are learning. Teachers are of the opinion that the actual power lies in the way that these portfolios are connecting schools with homes.

How are parents responding to these systems?

The efficiency of these systems can be gauged from the way that parents have responded to such technology being used in the classrooms. Parents can now watch important aspects of their child’s education within really short spans of time. This way, they can also provide feedback almost instantly as well. This, in turn, happens to be beneficial for the students too.

It also helps that these digital tools are built in such a way that parents have no issues navigating them as such. In fact, most parents these days are pretty familiar with these apps and much of this boils down to the fact that they are really at ease when it comes to the digital world in general. These systems are rather easy to use and they also offer the parents plenty of support when it comes to finding a level of engagement that they would have no problems with.

How are these systems helping with assessment?

The school ERP system these days have shown that they are effective when it comes to communicating with the parents. However, even such effective systems have their limitations which are not to be found in the kind of systems that we are talking about over here. In most cases, the school management system is focused on communication with parents. It is basically a two-way street where things that can be discussed over the phone or sent through email/messages are focused on. An example of such an item would be the various school notices. Digital technology, on the other hand, emphasizes the conversations on student learning.

In these cases, there is an evident conversation between parents, teachers, and students. Teachers say that with such conversations they – as well as the parents – are basically able to see what the students are thinking. They are able to know how much they can understand, the misconceptions that they have, how tolerant they are to other perspectives, and the points of view they have. They also get an idea of how well they are able to listen, build on ideas from others, and answer various questions.

So, this, in a nutshell, is how such tools are helping parents get more invested in the learning of the students.