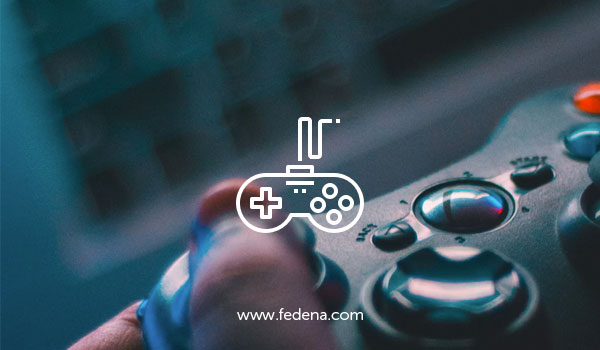 Traditionally, video games have long been derided as a waste of time or a distraction for students that can go from benign to addictive very quickly. WOW widows and students becoming addicted to video games to the point of not being able to accomplish basic daily tasks have plagued headlines for years. In fact, the image of a lazy, unemployed, underachieving gamer is a well-known stereotype now.

In many ways, video gaming may seem antithetical to the process of learning itself. It is not an uncommon sight in households with school going children to limit screen time or time spent playing video games in order to help students focus on their academic goals. This has been the traditional view towards video gaming with regards to addition.

But that is not where it stops. More and more schools are encouraging playing video games as a way to enhance the learning their students engage in. This can be by just providing resources to play age-appropriate games during breaks and downtime at the school between classes. It can also be about integrating games into the curriculum – by using them to explain a concept or method, or by relying on specially built educational games to help students improve their skills in a certain domain. For instance, numerous apps exist that help students build their vocabulary through the use of simple and well-researched games that are proven to produce positive results.

A brief note on the gamification of learning

The use of gaming principles or the creation of games specifically dedicated to learning is more ubiquitous than ever before. We are seeing many tools, apps, and programs flood the market that is focused on helping students gain numeracy and verbal skills. These games can range from simplistic like a vocabulary builder to complex ones that explain ideas at a conceptual level, based on data and teaching methodologies that have been developed by scientists over several years.

The gamification of learning, however, refers to the application of game principles and methodologies to help students learn and better. Simplistically put, they make learning more exciting by adding narrative arcs, reward systems and opportunities for growth and collaboration, just like in a game. The gamification of education and learning has been shown to result in increased connect and engagement on part of the student, resulting in more attentive learning and consequently more positive learning outcomes.

Most video games involve some degree of interpersonal communications these days. This is especially the case with team games or multiplayer games that have become more popular recently vis a vis single player games. Video games thus often involve players having to become more and more comfortable with communicating with their peers, sharing information, pitching strategic ideas, engaging in debate – all skills that would come in handy in both their academic and professional careers. Video games also encourage a variety of communication styles across multiple channels – from text-based instant messaging within the game or using a chat client, to using conference calls like Team Speak or Discord, to video chats for those who like to stream their games to an audience on a platform like Twitch. Getting comfortable with these varying modes of communication is highly useful in an increasingly connected world.

Video games do not just help improve soft skills like communication. Many academic studies have shown that games help build motor skills like spatial awareness by the very way players engage with the game. For instance, imagine a first-person shooter game that places players in a war zone where they have to seek and capture or destroy certain targets. Players quickly learn how to spot these targets amongst plenty of clutter and distractions within the game. Repetitively engaging in such tasks helps players improve their inherent motor skills all while entertaining themselves. This improvement in motor skills also helps outside of the game – faster reaction time and better spatial awareness help both in academics and extracurricular activities within the school, giving some students confidence in their abilities.

A majority of video games out today tend to be team player or multiplayer. This means that most video game enthusiasts today play their favorite video games collaboratively with friends and other players from across the world. Often, the game is also built to be played and won in a collaborative fashion. Players of the video game take on roles with strengths and weaknesses and band together to achieve goals and acquire points. Part of this process is understanding how to work in a group for the collective common win. This means that everyday players of such multiplayer or team-based video games are building their collaborative and communications skills. These are soft skills, yes, but they are vital for where these future workers will end up – working with colleagues on larger scale projects at their jobs. Video games thus help players build a sense of loyalty towards teamwork and teaches them how to be effective working in them.

These days, most video games have a goal to be achieved or a quest to be completed. Players work over long periods of time patiently in order to acquire the skill, knowledge, and experience to be able to successfully achieve these goals or complete their quests in order to win these games. Along the way, blockers and challenges are thrown up in the game that users must learn how to solve applying everything they have learned so far or through trial and error. This kind of problem-solving skill is honed over many hours of playing games. Such skills are easily transferable to the working or academic world, where users are no longer intimidated by problems. Instead, there is a mindset change inculcated through long hours of playing video games that help them view problems as challenges to be overcome and that they are capable of overcoming.

5. Learn how to work consistently

Parents and teachers often complain about how video games are a waste of time and energy for students. But another perspective to take here is that video games do require time and effort – but that is because players only improve their skills and outcomes by practicing consistently over long periods of time. This same ability can then be transferred to subjects of their interest and things to be learned if student curiosity is sparked by teachers and parents in innovative ways. In many ways playing video games is the first time a student will learn the value of hard work and consistent practice – a lesson they will carry with them throughout the course of their academic and professional careers.

Cloud based gaming is a common hobby and daily routine for most of the K-12 students across the globe. All it requires is a fast internet connection and good mobile, tablet, PC or dedicated gaming device. Most of the games’ basic versions are available for free and now a days it requires minimum learning or …

END_OF_DOCUMENT_TOKEN_TO_BE_REPLACED

Why Should Games Be Incorporated In Everyday Classroom Learning Regime? Games and academics have always been perceived to be opposing pursuits.  Students who enjoyed games were deemed to be poor in academics and vice-versa. But technology has eradicated such biases. Today, educators are looking for new and inventive ways to engage students in the classroom. …