↓ Skip to Main Content
Home › All Blogs › Why schools should have dress code?

Why schools should have dress code?

Fedena Posted on December 28, 2018 Posted in All Blogs No Comments Tagged with dress code in school 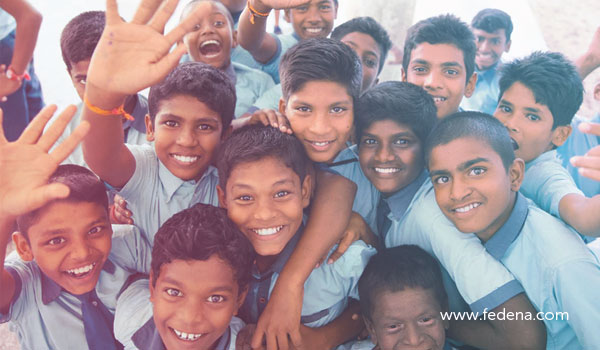 One of the first benefits of having a dress code for a school is that it takes away the matter of competition for dresses. In the last 10 years as it is we have seen a lot of fashion and flamboyance being introduced to the regular dresses worn by kids to their schools. People are also comfortable with price tags. In some of the neighborhoods these days it is perfectly okay to wear price tags on clothes. This is where peer pressure to get to a student even as he faces stiff competition in dressing right in the absence of uniforms.

In fact, it can be so tough that they have to find work after school in order to get money so that they can maintain a certain lifestyle in school.

They keep the focus on learning rather than clothing

As far as a school environment is concerned uniforms have a leveling effect in the sense that they keep a greater focus on learning rather than showing off one’s status through clothing. This is especially true in schools where you have a fair amount of economic difference among the students in the sense that some are better off than others. This establishes a sort of equality between people who cannot afford expensive dresses throughout a year in keeping with changing weather and style statements, and ones who are able to do so.

It accommodates everyone in the school

When schools have uniforms it encourages students to develop their methods in areas other than dressing. This has especially been seen in schools where the administration has changed from casual dresses to uniforms. The parents and teachers in these schools are the best people from whom you can ask how fruitful these changes have been. Human nature is such that it compels people to express the creative talents that they have as well as their personalities. However, in the case of many students, it has been seen that clothing is their only creative expression. This is where a system of uniforms can prove to be so very helpful.

Uniforms encourage individuality rather than suppressing it

When you have uniforms in schools it adds a great sense of safety since everyone is wearing the same dress. This also means that students cannot be identified and classed into gangs on the basis of their clothing. This also dissipates threats such as theft and group violence. In fact, in some parts of the world authorities are now introducing uniforms in order to quell such threats. They are trying to do away with these issues and make the school less violent and dangerous, and, thus, safer to attend.

These days, schools have become rather unsafe with students killing each other as well! This is happening because they want to own sneakers that are expensive and designer jackets that are worn by others. However, when you have uniforms in a school such incidents of assault and theft can be kept to the minimum possible level. Violent acts of crime can be eliminated by uniforms.

They can increase attendance

A great effect of uniforms in schools is that they can increase attendance records. One of the major reasons for this is the fact when you wear a uniform there is a lesser chance of you being ridiculed by other students because they feel you look bad or funny. You would feel a lot more at ease. With uniforms children who are from the lower strata of the economic ladder no longer feel bad because of the quality of their dresses. This makes them a lot more eager to attend school as well.

They encourage the students to attend their school a lot more

As has been said already, when you have uniforms in school it takes away a lot of the pressurizing elements that would otherwise make a student want to miss school. In a number of research-based studies it has been seen that there is a direct relation between what is thought and said about a student and what he wears to school. It is said that teachers will always choose the more disciplined looking students than the disheveled ones. They would expect them to perform better. However, with uniforms, the chances of this happening are lesser.