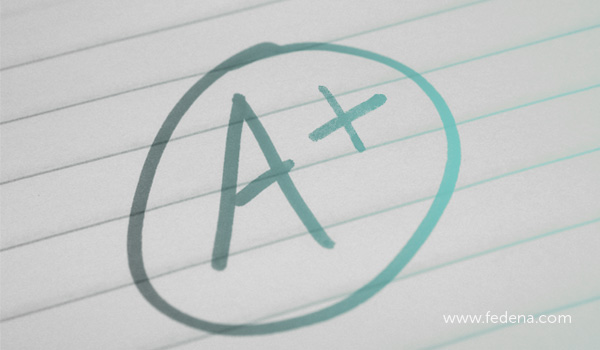 A deeper look at this complex scoring system

Why do schools need a grading system?

While grading systems are not a reflection of the worth of a student, they do reflect their progression through the learning material they are being taught at school. Debates about the efficacy of the examination system abound. However, the need for a grading system is obvious – there needs to be a system by which we can track the progress of a student. A grading system helps educators, parents, and students assess themselves via their peers. Goal setting helps push forward the momentum of learning, while also ensuring this learning does not take place in a silo. It is a measurable reflection of learning or academic growth.

There are multiple types of examination and grading systems – from a single pass/fail exam at the end of the year, to grade point average that assigns a number on a scale that is an average of the points earned through the year, to the letter grading system that slots you into a category based on your overall average score.

What is the letter grading?

What are the pros of letter grading system in K-12?

1. Takes the pressure off students

The most obvious effect of a letter grading system is that it takes the pressure of microscopic score comparisons between students. Since letter grading tends to group students into bands, the difference between a 90 and 92 is not fussed over.

Since the letter grading system consists of bands, the push a student might have to make to move from a high B to a low A is more easily surmountable. It is a matter of achieving a few marks to change your letter grade, in these cases – psychologically this makes it look like higher letter grades are more achievable, since the goal becomes attaining a maximum of 9 marks and have the same letter grade as the class topper, than, say, 20 to achieve the same result.

3. Better than a pass/fail system

A pass/fail system that relies on one exam places too much pressure on the student and, arguably, is not an accurate reflection of the student’s abilities. Letter grades look at cumulative scoring, instead of pressurising a student to deliver a stellar performance during one exam. It also reflects their abilities more holistically and encourages even those with lower scores to progress, instead of consigning an entire group of students to failure.

Since letter grades are assigned based on the cumulative score of a student over a semester or academic year, it reflects the sum of their performance, rather than one instance of it. In this sense, it paints a more accurate picture of their abilities over a matter of time. One bad day will not mean an entire wasted semester or year.

5. Understandable at a glance

Letter grade systems that also come with qualitative descriptions, help parents and educators get a more layered idea of the student’s abilities at a glance. A brief review of a report card with letter grades is easily understood by both highly academic and non-academic stakeholders.

What are the cons of letter grading system in K-12?

Letter grade systems might feel good, but they do not accurately reflect a student’s performance in an exam since they tend to group students into bands. This means that a student who has managed to scrape a 91 is put on the same level as a student who achieved a perfect score.

2. Discourages competition, even when healthy

Critics allege that letter grading systems also discourage healthy competition, that students will anyway have to deal with in their careers. While microscopically examining every point lost is not helpful in any way, being able to chart smaller increments in scores can keep a child motivated to work towards their full potential, instead of settling for doing just a decent job.

3. Students are able to calculate their score/GPA anyway

Most schools, especially in India, still share exam or test scores anyway – every question has a certain number of points assigned, and it is not rocket science for a student to tally their score after checking their answer sheet post correction. In some ways, this makes a letter grading system an eyewash to appease legitimate concerns, instead of actually addressing the issue at
hand.

Letter scoring systems also get a lot of flak since no standardised grading exists – some schools follow a plus or minus letter grade system over and above the simple one described above, some have different letters for different bands, etc. These variations mean that letter grades do not translate well across systems – a real issue in an increasingly globalised world.

With a pass/fail system or even a regular scoring system, students see their efforts reflect immediately – even a microscopic increase in points is still progress. This reflects pay off for their hard work and encourages them to keep going. In a letter grade system, however, this is often not the case – it does not take it into account minute progress since someone going from
an 82 to an 89 is still in the same band. This is especially hard on students who are easily discouraged or distracted – seeing smaller successes encourages students to keep striving for more.