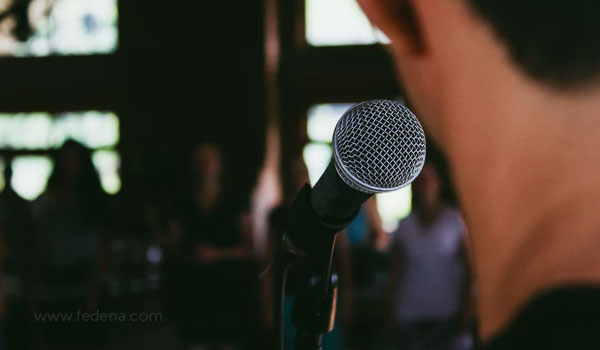 We all know that Ted Talks are the most influencing and inspiring videos by the eminent speakers from various industry but when it comes to education  the following talks by inspiring teachers hits first in the mind:

This featured Rita Pierson. She has been a teacher for around forty years. She had once heard a co-worker saying that she or he was not paid enough to like the kids. Her answer was simple – kids never learn from the people that they do not like. This was a clarion call of sorts to educators so that they would have greater faith in the students and also unite with them on many levels – real, personal, and human. Pierson is a noted educator who has devoted her life to classrooms.

In fact, her grandparents and parents happened to be educators as well and thus can it be said that Pierson followed them into this world. This particular talk was featured at TED Talks Education. What she has said stands true for education in general and teaching in specific.

Christopher Emdin happens to be a science advocate and employs hip-hop, a form of music, in order to make teachers better at their work. He has an interesting take on education that he shared at this talk delivered at TED@NYC.

Emdin says that there is something common between rap shows, Sunday services, and the banter that is exchanged at barbershops. He feels that they all have the unique capability to teach and yet enthral people at the same time. Emdin says that this is one skill that is not necessarily taught to educators even in this day and age. He has been a teacher for long and has cofounded Science Genius B.A.T.T.L.E.S. along with GZA, who happens to be a member of the well-known rap group known as Wu-Tang Clan. In this particular TED Talk, he shares his vision of how classrooms can be made alive.

In this TED Talk delivered at TEDWomen 2015, Cliatt-Wayman discusses how she resurrected a high school based in North Philadelphia. During her first day in office as principal, she was pretty adamant that she would lay down a few laws that she believed would help the school gain back lost ground. However, soon enough she found out that it was easier said than done as the job was fairly complex. In fact, it was a lot more complex than what she had bargained for.

This talk reveals her passion for her school in a rather evident manner. Here she shares the three principles that she used in order to turn around the fortune of three schools that she was entrusted with. These schools had been labelled persistently dangerous and low performing.

At the TEDxBeaconStreet, an event organized by volunteers, Tyler DeWitt, a science teacher at the high school level, discussed what science teachers needed to do in order to make their lessons more entertaining and thus easier for students to relate to and learn.

He starts off by saying how once he had created a lesson plan on bacteria and was absolutely ecstatic about it. However, to his utter horror, DeWitt discovered that his students had not shared the same feelings about the lesson plan, to put it mildly. The main issue here was with the textbook. It was really hard for students to understand it. In this particular TED Talk, DeWitt shares some great thoughts including asking teachers to stop being precise and stop including technical terms, which are hard to understand, in their classes. Instead, he asks them to look at ways such as demonstrations and stories to make it more interesting for students.

Dan Meyer, an educator, delivered this particular TED Talk at the TEDxNYED. Here he discusses the critical state of present-day math education by discussing how the curriculum is expecting that the students would learn and then become great at what he terms paint by numbers class work. This he feels is taking an important area from kids – skill. It is the skill that is so much more important than merely teaching students how to solve problems.

It is skill, which according to Meyer, is also a lot more important than merely formulating math problems. In this talk, Meyer also comes up with a number of math exercises that have been tested in classrooms and encourage students to take time out, think, and find their way out of problems.

Recap:  Simple Guidelines To Improve Teaching Quality and Effectiveness In The Classroom

Ramsey Musallam, an educator, delivered this TED Talk at TED Talks Education. Musallam had been a high school chemistry teacher for 10 years before he suffered a condition that threatened his very life. It was this very condition that forced him to evaluate what he thought was a period of pseudo teaching.

It was through this life-changing experience that he came to understand what the true role of an educator was supposed to be. It was supposed to encourage a sense of curiosity among students. This talk was a personal one as it was fun filled. It was here that Musallam shared his 3 rules for sparking the drive to learn and imagine among students. They were also supposed to help students get excited about the various ways in which the world worked. Important to this discussion was the use of means such as new technology and multimedia.

7. Sakena Yacoobi – How I Stopped the Taliban from shutting down my school

Delivered at TEDWomen 2015 this Talk by Sakena Yacoobi discussed how she saved every girl’s school in Afghanistan from being shut down by the Taliban. After the Islamic militant group had shut down all these schools, Yacoobi established new schools but all of them in secret. This was how she was able to educate not only thousands of women but an almost similar number of men as well. This talk was at the same time funny and fierce.

She also shares a couple of exhilarating stories where she was threatened with ultimatums so that she would stop teaching. Here Yacoobi also shared her vision of how she hopes to rebuild her motherland. The institute set up by this education activist is named the Afghan Institute of Learning.

8. Stephen Ritz – A teacher growing green in the South Bronx

This TED Talk was delivered at TEDxManhattan. Ritz happens to be a really energetic person who always happens to be full of ideas. He also happens to be a teacher at a school in South Bronx, a really tough region in New York. In fact, he is a specialist in teaching at-risk kids in this part of the city.

It is here that Ritz and his kids grow gardens that are as lush as they come with the aim of providing greenery, food, and jobs. This talk is more than about just education. Here he discusses a whole lot of ways in which you can create hope in your neighbourhood – one that has been written off as a no-hoper by others – or in any such neighbourhood for that matter. It is just that he goes too fast and you have to keep up with him.

9. Nadia Lopez – Why open a school? To close a prison

This talk was delivered at TED Talks Live. She genuinely believes in the fact that kids are the future of the world and it is very important for them to have faith in themselves. This is the reason why she started the Mott Hall Bridges Academy, which can be called an academic oasis of sorts. It is located at Brownsville in Brooklyn. This happens to be one of the neighbourhoods in New York that sees the highest rates of violence and receives the least amount of service.

She believes that every child is full of capabilities and is brilliant in her or his own way. This talk is short but is energizing, to say the least. Lopez also happens to be a star of the Humans of New York. In this talk, she describes how she helps the scholars think of a better future.

10. Diana Laufenberg – How to learn? From mistakes

This TED Talk was delivered at TEDxMidAtlantic. In this talk, Laufenberg shares three things that she has learned regarding teaching. Suffice to say, these ideas are rather surprising. One of them is a rather key insight into how people can learn from mistakes.

Laufenberg has been an educator for more than 15 years now. She has been a secondary social studies teacher in areas such as Wisconsin, Arizona, Kansas, and Pennsylvania. Here Laufenberg says that the knowledge she has acquired in her career is related to kids as well and she wishes that more people are able to understand them. In this discussion, she talks about how access to learning and information has changed over generations citing the example of her grandmother and her father to strengthen her opinions.