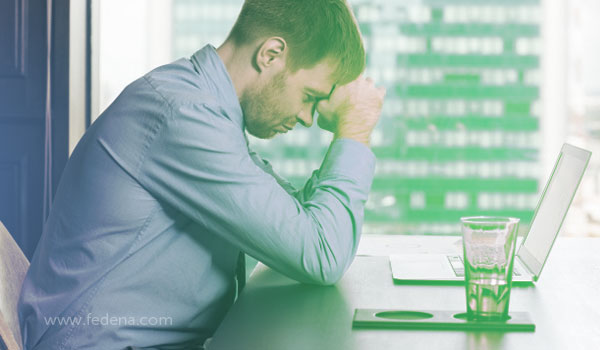 Quite often we see that ERP (enterprise resource planning) fails in schools and colleges. Now, the question that comes up in this regard is why it happens. There are plenty of instances where we have seen the same school ERP software performing brilliantly in one educational institution and not doing so well in another.

What can be the reasons in this case? Let us try and find out.

1. The lack of clarity with regards to objectives

In most cases where institutions fail to implement ERP properly, it is seen that they do not have any proper goal behind its usage. When as an educational institution you do not have a sure and clear definition of what you expect by way of success then you should not expect to be successful at all.

It is very important that you have a clear idea of the problems that you are looking to target by implementing the software in question. You should know the financial benefits that you expect from the same. If you do not have all these goals set out clearly you can only expect the results to be vague. This is the reason why you need to be really clear about these things at the very first stage of implementing the ERP itself.

You should not be suffering from any dilemma regarding whether your institution needs the ERP software or not. This should be solved even before you have bought the product itself, let alone implementing it. It is also very important that you have a clear idea of the time within which you wish to see results. If you do not have a proper target on hand the end aim just becomes a moving one and that is not really a great thing necessarily.

2. Not training the users properly enough

If you wish your ERP implementation to be successful you need to train the guys that are going to handle all the processes properly enough. There can be no two ways about that one for sure. This is even more applicable in cases where you have people who have not handled a whole lot of technology in their lives.

Normally, when you implement these things in a short span of time such gaps in training are created. You should take sufficient time in training your staff as far as handling school ERP software is concerned. You need to understand the simple fact that no matter what ERP system you use it is always going to automate most, if not all, of the work that you do and this, is going to have a significant effect on the departments as well. You need to understand that you cannot provide the same training to all the people out there.

The training needs to be tailored according to the department, which is receiving the training. The amount of time devoted to it should also be adequate and if possible you should include all the people in your school. If your end users do not know how to use the system then it will never be implemented in an optimal way.

3. Treating it as a cost and not an investment

Quite often schools treat ERP system as a cost instead of thinking it as the worthy investment that it truly is. In most cases, schools do not realize the simple fact the ERP software that they are implementing now would yield rich dividends down the line. It will only accrue them profits. Instead of that, they look to minimize their costs and for that, they look for the lowest quotes on offer. This way, they end up choosing a service provider who is not always up to the scratch and their ERP implementation fails as a result.

In some cases, schools fail to implement ERP software properly for the simple reason that they are not able to manage the changes that happen because of it. Whenever a new system is implemented in a school, there are always going to be some changes or the other. The intelligent thing to do in this regard would be to adapt to the changes but that does not happen always. In most of the cases, people are busy finding faults with the new system and stating how much better the older system was.

As a school, you have decided to upgrade the system and as such, it is very important to hold up your end of the bargain. You need to adapt yourself so that you can get the optimal result that you are looking for.

As a school, you would also fail to implement school ERP system properly if you are unable to manage the overall project the way it needs to be done. It is true that this is always easier said than done but still this is something that needs to be done in order for the ERP implementation to be a successful one.

When as a school you are trying to implement an educational software in your institution it is important that you have proper data to back it up.

If the new ERP system is implemented in your school is not fed the right sort of information then it would never really be a credible enough solution for the end users of the same.

There are so many problems that a school ERP system could face as far as implementation is concerned. There could be issues with the hardware; the interface could have problems with the ways and processes that are being employed in order to manage the school in question; in fact, the software could be bugged as well.

No matter what it is, these issues can always put paid to your aim of implementing a school ERP system properly enough. As a school, you would only be overlooking them at your peril.

8. Some other reasons for failure

Quite often ERP implementation fails for the simple reason that it is being done in the first place. In cases such as these the schools themselves are in a fix as to whether they need to implement such a system or not. Schools become unhappy with the way their systems are working and this includes problems in areas such as reporting, efficiency, and integration to name a few. They are absolutely convinced that the problem lies with the software that they are using for operational purposes.

They then try and implement an ERP system that costly and too risky and big given the scale that they are operating in. Maybe, all they need is a simple tune-up of the system that they are using to run their operations. The problem is that the schools do not realize that. At times, they might be better off with a few add-ons here and there but they just want to overhaul their systems and radically so. It may be that they just need to improve the reporting system or change the employee portal.

The best thing about these small changes, apart from the fact that they solve your problems, is that they can be done at very little cost, which is such a crucial factor for the smaller schools that are more often than not struggling from a financial point of view. At times, the problem could also be solved by just re-implementing the same system rather than using a new system from the scratch.

Here we have a guide for you which shows that how can you choose the right school ERP software for your institution.

You need to keep in mind a simple thing – implementing ERP can be a major challenge. It is something that takes a long time to be implemented properly and hence you need to be extremely patient in the way that you go about it. It is very important that the steps you take in order to implement the system are carried out in the right way. If you are able to do the entire thing in a timely manner, including dealing with the issues, then there is no reason why ERP cannot be implemented successfully.