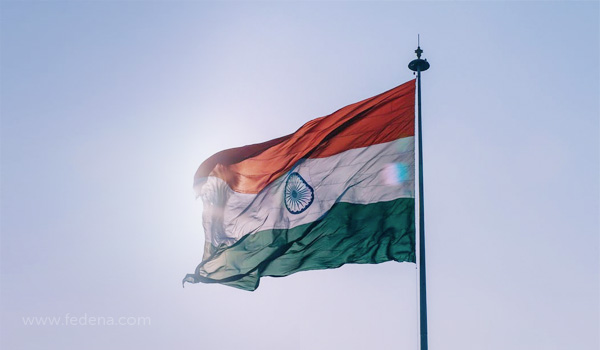 “Our great republic is a government of laws and not of men. Here, the people rule”

To start with, team Fedena would like to wish you a very happy 69th Republic Day. Also known as “Gantantra Divas”, this day is very special for every Indian citizen. It is often celebrated with colorfully organized culture events held across the country. The streets hum with patriotic songs, and a brotherly spirit is found in every heart as they share in the celebrations with sweets and music. To pay tribute to our freedom fighters, Prime Minister lays a wreath at the Amar Jawan Jyoti at the India Gate, which is then followed by the main function at Red Fort in New Delhi. The PM unfurls the national flag and gives a motivational speech, which is immediately succeeded by the national anthem sung by millions of people both present at the parades and at their homes. The parades are often performed by the army, navy, and airforce where they display the latest technologies and advancements. The schools and various states show their cultural diversity by displaying various tableaus.

In schools and colleges, students celebrate this day with teachers and their classmates. Even though this day is a gazetted holiday, the schools remain open in celebration. Students celebrate this by singing the national anthem and performing various cultural events. To enlighten the students about our nation’s history, school conduct various competitions such as debates, essay writing, patriotic poetry, songs and dance competitions focused on Republic Day.

To be a part of the celebrations, we wanted to add our take on the speeches about this momentous day. The speeches are a reflection of our nation’s history and the diversity which identifies our country as a unique republic.

“First of all, I would like to greet our respected Principal, our respected teachers, and my fellow classmates with a very good morning. We are gathered here to celebrate an auspicious occasion of our nation, the 69th Republic Day. I’d like to take this opportunity to greet all of you a very Happy Republic Day. I’m delighted to have the privilege to share a glimpse on the history of the Republic day of our glorious nation.

After achieving the independence from the British rule on 15 August 1947, India though didn’t have a permanent constitution, all the law were based on modified colonial Government of India Act 1935.  But on 28 August 1947, the Drafting Committee was appointed to draft a permanent constitution, with the help of Dr. B R Ambedkar. After many modifications to the constitution, the final draft was signed by 308 members of assembly on 24 January 1950. Two days later, it came into effect throughout the nation.

On 26 January 1950, the new Constitution Of India came into effect and India became a republic nation. A democratic republic nation, which was not ruled by any hereditary King or Queen, and the government elected by the common people of the country. The constitution also encouraged all citizens to have equal social and economic rights.

So let’s gather together on this joyous and momentous day, and take an oath to always maintain the sovereignty, which our country has achieved with priceless sacrifices and promise ourselves to make our nation celebrated through the world. With these humble words, I bow my head to the flag, and to every one of you I say, Jai Hind, Jai Bharat”.

Learn More: How to transform your institution structure this Republic Day?

Speech 2: Why it is important to be a republic

“A very good morning to our respected Principal Sir/Madam, respected teachers, and all of my classmates. First of all, I would like to thanks my class-teacher who gave me this opportunity to recite some of my thoughts on the 69th Republic Day of India. The Republic day is one of the most patriotic days for all the Indian citizens since on this day India was declared secular, sovereign and a democratic country. But what does republic actually mean?

It means that all the decisions are made by the representatives who were elected by the citizens of the nation, instead of elected by a hereditary monarchy. The decisions are in accordance with the laws of the constitution, declared on the day when the country became republic.

But why it is important that a country should be a republic? It matters because it impacts the political culture, helps in balancing the power among government, parliament and the ordinary people. Ordinary citizens would be able to participate in the process of choosing the head of states and the country.

All these rights not only render protection to common people but also prevent the human rights and make the life of the people peaceful and harmonious.

I hope this information was enlightening and empowers you to be proud of being an Indian. Finally, i would like to wish you all very Happy Republic Day. Jai Hind Jai Bharat”

Fedena is a complete school management software which helps in automating the daily operations for all kind of institution such as K12, Higher-eds, Group of Institution, Coaching Institution and more. Fedena also offer school erp mobile app named as FedenaConnect which bridges the communication gap among paresnt, teachers and students & allow users to access the data on a real time. To learn more about Fedena try 14 day free trial or connect with us today!