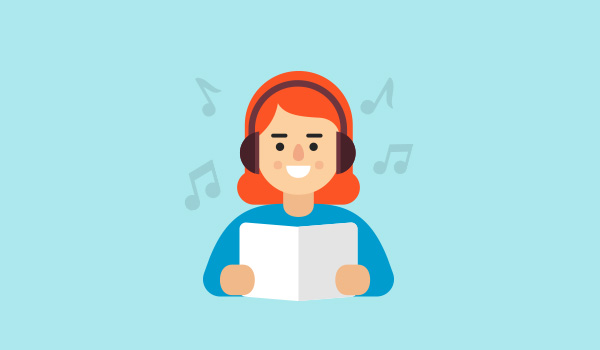 It’s easy to underestimate the effect music can have on you. Music is a powerful art form that can bring up emotions, inspire motivation and sometimes even alter your mood. Today, it is quite common seeing students frequently listen to music while studying to make the process “less painful” and, in some cases, because they believe music will help them learn.

So it brings about the big questions, is it true that listening to music helps while studying?

Should you do it or not?

Many may be in favor of listening to music while studying, but the subject itself is debatable because no side on the matter is 100% correct, making it quite subjective and purely based on a matter of opinion.

What Studies Tell Us?

1. Some studies that have been conducted about the effects of musical distraction on cognitive task performance, have found the idea of music improves cognitive performance.

2. Studies have indicated that music can have sedative and stimulating effects on the mind that can reduce both depression and anxiety.

3. Studies have also determined that genres of music may be linked to one’s personality whether extroverts or introverts and can have varying effects.

4. Noise levels, as well as sounds with lyrics, can have ambiguous effects on one’s cognitive process.

Studies have shown that listening to music before studying or performing a task can be beneficial as it improves attention and also one’s ability to do mental math. Many researchers, as well as students, have branded this practice of listening to music while studying to be termed as the “Mozart Effect”, as they believe it to help in developing muscle memory. Though this effect only truly applies to those listening to Mozart’s music or anything instrumental for that matter, many today listen to a wide genre or music.
Many believe that listening to music can be uplifting as it puts them in a more positive mood to study. This lift in the mood will only increase one’s IQ. Choosing music that one is relatively familiar and comfortable with will in time increase overall productivity.

Two Sides of the Same Coin

Music can tend to have a profound effect on one’s state of being. This can alter simple things such as moods and one’s heart rate. It can sometimes energize and otherwise depress. But there’s no doubt that music can play an effective role in getting students to another level while studying.

Some may advise staying away from music with lyrics especially when working on something that’s heavily based on language. Some may find comfort in this too. In the end, studying will remain quite a painful chore for many and it will really come down to how you wish to tackle such a hard situation, music or sans music.

So choosing the right music can be integral here:

The genre is peaceful and harmonious. It’s a safe bet choosing classical as music to listen to while studying.

Going with Instrumental placed together with modern sounds can be beneficial. It can prove more relaxing than anything else.

Going in for music that’s more down tempo and blends modern electronic genres such as ambience and trance can be the perfect study companion.

If the latest hits are truly your pick, then you could try them, so long as they give you the satisfaction you desire when you listen to music while studying.

In the end, most studies will only be based on sample sizes that have been studied. It is important to understand that no two minds are ever truly the same. Music is like art and can, therefore, be perceived in a variety of ways. What one may find comfort in, others are downright ignorant of it.
It is why such genres exist, to appeal to a variety of people. The question of whether one should listen to music while studying will always be a matter of debate with many favoring the practice and others ignoring.