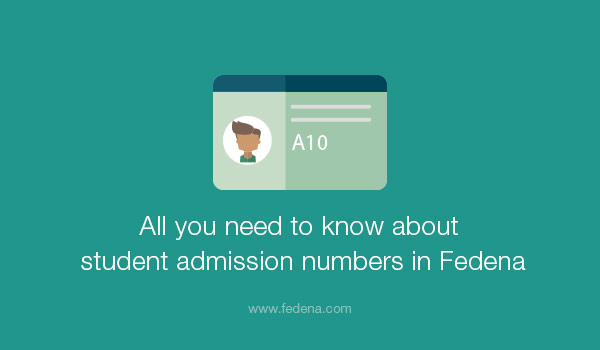 How in Fedena admins can hassle-free manage the admission numbers?

How does an institute allot an admission number?

If the Enable auto increment of Student Admission No. checkbox is not selected, you will have to manually enter the admission number every time a student is admitted.

Institutions can follow a naming convention when creating admission numbers. Make note that admission numbers can only contain alphanumeric characters, underscores, and hyphens. Here are the conventions followed by some schools and colleges that use Fedena:

The easiest and quickest way to create many student records in Fedena is to Custom Import the student admission records. When setting up the CSV file to be imported, enter the admission number for each student according to the naming convention your institution intends to follow.

Yes, you can allot the admission number of a student who you have permanently deleted from Fedena to a newly admitted student.

In Fedena, you can search for students from several areas based on your user role and privileges assigned. For example, you can search for students using the search bar at the top of your dashboard, when managing user accounts, when scheduling fee collections, when allotting transport, and many more. Apart from using the name of the student to search, you can also use the student’s admission number to search.

Let us know in the comment section if your institution uses a specific naming convention when allotting admission numbers. Also if you are looking to simplify and automate your school admission process? Contact us today or try our 14 days free trial or Visit us  https://fedena.com/