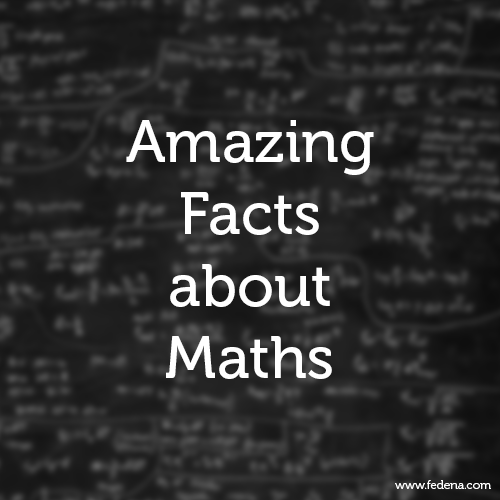 Maths is often, the one subject that is mostly disliked by students. The reason being that maths is known to be the subject that requires a lot of thinking and reasoning. But, mathematics can be fun too!Today, we have gathered some of those amazing fun facts that would surely make students enjoy mathematics on a lighter note!

Let’s have a look at some amazing facts about maths: