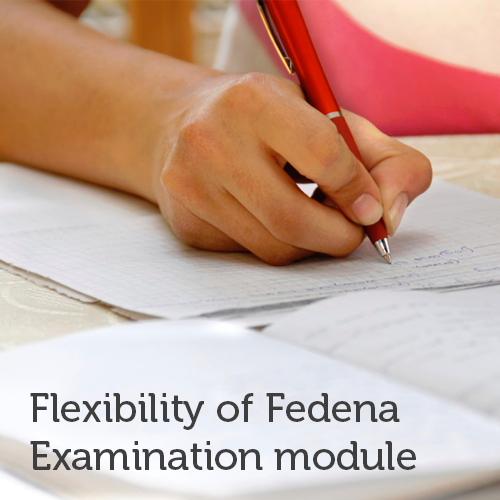 Fedena has an amazing ability to adapt to almost all kinds of examinations and reports that can ever happen in institutions. Thanks to features like Connect exams, Grading system and Exam type which gives the freedom to tailor the application to suit one’s need. Besides generating reports via Report Centre, the Report module has been introduced in the latest release to add yet another series of reports that one seeks for.

Let’s have a glimpse of all the key features that make this possible.

This unique feature helps the user to connect different exam groups based upon the corresponding weights acquired. “Connect exams” calculate the Final marks of a student by adding the exam groups as per the weights attached. So, even if the final result depends upon the percentage of marks scored by the student, we are ready for the required transcript. All we need to do is to connect the exams accordingly to carve out a decent final report.

The additional grading systems available in Fedena currently are – GPA, CWA, CCE. We can decide a grading system for a course while creating it. The course can now entertain the scores for the required report. For instance, if we are going for GPA or CWA, the system asks for the credit points of subjects, unlike its counterparts. However, if a user needs a customized grading system, the normal grading system is the one to be used.

The Report center in Examinations module is the hub of all possible reports that one can think of. Some of the interesting reports include exam wise reports, subject wise reports, grouped exam reports, and archived student reports. These sets help you to generate reports and monitor the progress of a student involving various criteria.

The examination settings that we do for grading levels, class designations or the Ranking levels can be divided based upon each of the courses rather than being generic for the institution as a whole. This allows the user to make different settings for each of the batches in the institution.

This feature equips the user to add exam scores of previous batches. Thereby making the application adaptive to institutions where the students’ result are published after the batch transfer as in the case of the majority of engineering colleges in India.

Though the traditional ways of the examination are still prevalent, institutions have come up with an increasing need for the conduction of Online exams. This helps the student and the institution to be quick in conduction and the evaluation of the exam. Hence, giving yet another possibility to craft an examination as per the requirement.

In the case where the user needs to have the revised result as well as the old result for an examination, Fedena offers the Generate reports option which will change the data in the report center to current result entered. Taking PDF reports before and after generating reports gives you the privilege of having two different versions of the same exam – revised and old result.

Explore some other features of examination module in Fedena

So these are some of the important pillars which makes Fedena generic for all kinds of examination and thereby making it more “Flexible”. Stay tuned for the next version of the article to see how Fedena adapts itself to cater to the needs of Academic Evaluation and Assessment worldwide. 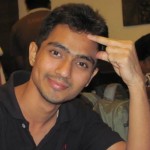 An optimistic techie with special interests in implementing technology in real life situations with  a curiosity for the lesser known technical stuff. An individual who can adapt to cross-cultural environments with ease.