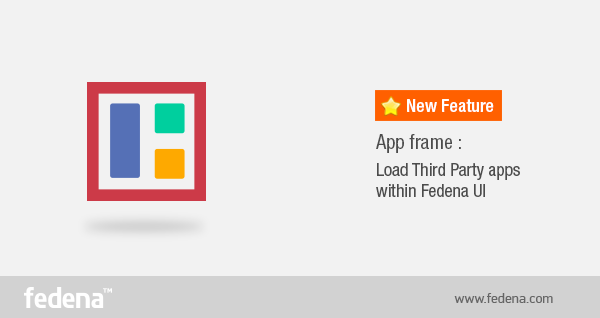 Worried about switching to third party software from Fedena that will break the user experience of users? Here we present the Appframe concept to load the third party apps directly within Fedena without breaking the user experience flow.
The product engineering team of Fedena innovates continuously and consciously to make sure Fedena evolves as a user-friendly and effective school management system. There may be times when you want to include some additional data inside Fedena and that cannot be done under the current conditions. In order to make it favorable for clients, the yet to be released Fedena AppFrame has been designed to help clients to design and install their own applications and pages within Fedena. 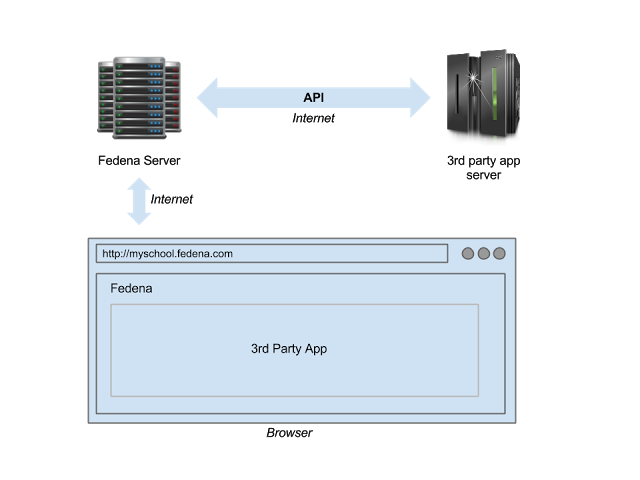 A lot of attention has been employed in designing this feature as there might be security issues when third party applications are allowed. UI cluttering, asking the third party to produce user wise data and authentications were the major challenges of designing and these issues have been solved wisely.
Advantages of Appframe
•                    No break in UI/UX flow. The users will feel the 3rd party software hosted somewhere else as part of Fedena.
•                    No switching to 3rd party software. No need to open a new browser tab or window.
•                    Save time and money by using the Fedena UI elements
•                    Use the existing API of Fedena to reduce development time
How the AppFrame will work?
Every AppFrame will have a client-id associated with it and it will be created by the admin. The client should be registered much before the AppFrame is created. A unique client key will be provided to each client and he will be allowed to develop an application using his own resources. The clients will be given UI spec that will be present in the application or page that he intends to showcase.
If you are interested to develop a third party app using the appframe concept, contact us.