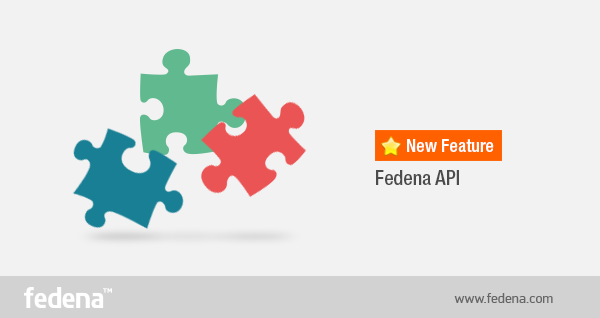 Good news for everyone. We have released a new API system for Fedena which offers multiple methods of integrating and extending   functionality. Use the API to easily manage students & teachers, enhance their productivity and create seamless integration with other software. Moreover, the API comes up with an SSO (Single Sign On) for enhanced security.

What is an API? (For those who are new to this term)

API or Application Programming Interface is nothing but a set of standard and programming instructions released by a software company to help others to access a web application. This helps people outside the company to design products that are powered by the web application. Besides, API does allow easily development of programs by ensuring the programmers that all the protocols are met on time and hence, it becomes an easier task for the developers to develop the program. Read the Wikipedia article.

If you want to offer your services with Fedena, you can do it easily now with the new API. We have complete documentation that will help you develop integration easily and make Fedena work the way you want. Fedena API is developer-friendly which uses OAuth2 protocol.

Example 1: Attendance
The Biometric attendance plugin of Fedena works through the attendance API.
Example 2: Reports & Analytics
You can collect the different data available in Fedena to a third party tool to generate business intelligence reports.

Example 3: Mobile app using API
You can build different mobile apps using the API to collect data from Fedena. And display the data in a user friendly interface.

Example 4: Examination Engine
If your present examination and grading system is not supported by Fedena, you can collect the details of subjects and students to generate the grading report in a third party software custom built for your needs.

Example 5: Integration with Google Apps Calendar
You can collect the data of events planned in Fedena and sync it with your Google calendar.
Download full API documentation here.