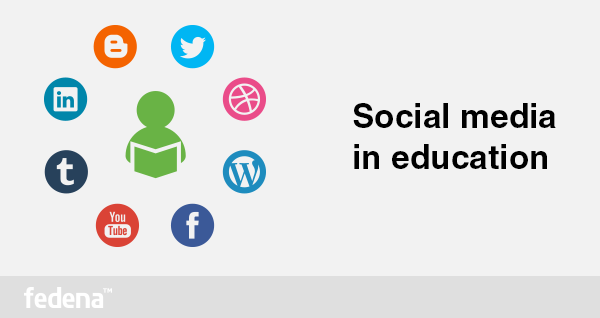 Social media is no more just about sharing or communicating with other people. It has spread its wings to various other fields and education is one of the new sectors where the concept of social media is making a great change. A recent study has shown that social media sites like Facebook and Twitter has regular visitors that counts in millions. Estimation shows that more than 90% college-going students visit social networking sites on a regular basis. More and more students have started using social media, not just for communicating, but for gathering information, share ideas and creativity. In fact, when we talk about the benefits of using social media and networking sites in the educational institution, we can never look away from the fact that these social networking sites are helping introvert students come out of the closet and encounter with other students which is very important for a healthy student life.
A pretty new concept in the world of education, social media has become one of the most debated issue of late among teachers, students and professors. With more and more schools and educational institutions are slowly but steadily adopting social media in education as revealed in the research conducted by the University of Massachusetts Dartmouth that shows some 100% of colleges have opened their gates to different kind of social platforms. This is indeed, a smart idea for it cultivates leadership skills among students, right from planning to organize an event that can bring about a change both in the social and democratic platform.
Talking about other possible benefits that social media engagement in schools and colleges can bring about, we must not miss out the fact that this kind of interaction can help students in their future prospects through sites like LinkedIn that helps people with employment. Besides, the wide variety of information available over the networking sites shapes up the ability of students to scan and extract information that is useful and relevant. The high amount of interest and concentration invested by students in social media can sharpen the ability of practical reasoning; but then, students must know the way to distinguish the useful from the distractions.

When you see one side of the coin, there is the other side too! When social media can bring some positive changes in the world of education, it has its black side as well. As many researchers and scholars do believe that too much time spent in Facebook, Google and other networking sites can lead to loss of patience as most social media users have a general tendency to shift from page to page too often. Another prime concern with people against the use of social media in schools is the way the use of language has been changing. Sites like Twitter allows you to post your ideas in just 140 characters which in turn bars the person to use words fully spelled. Instead, most users go for shorthand like ‘u’ instead of ‘you’, ‘gr8’ in place of ‘great’ and so on. Prolonged usage of this kind of language has led to the development of separate messaging language which has made its way to mainstream written language as well.

In any case, the rising popularity of social media shows that the trend is going to stay and will influence every phase of life. So, it’s up to students and scholars to decide how social media can be used in a brighter way; how to avoid being distracted and wander aimlessly through sites and instead, promote actual learningin the virtual world.